Surface reconstruction from point clouds is a core topic in geometry processing. It is an ill-posed problem: there is an infinite number of surfaces that approximate a single point cloud and a point cloud does not define a surface in itself. Thus additional assumptions and constraints must be defined by the user and reconstruction can be achieved in many different ways.

Because such a diverse set of tools can be confusing for users, CGAL now offers a Tutorial on Surface Reconstruction from Point Clouds. This tutorial explains how to choose the right algorithm, how to preprocess defect-laden data, how the different algorithms are expected to behave depending on the data and on parameters, and how to save and postprocess the output meshes.

The whole tutorial is illustrated by screenshots of point clouds and meshes, and by code snippets. All of these code snippets form a complete program that is provided and that can be compiled and run by users. 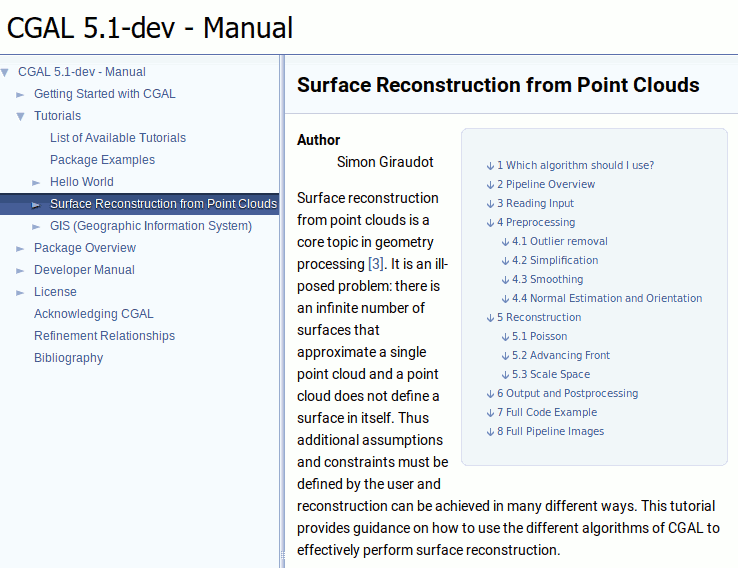 The new Tutorial on Surface Reconstruction from Point Clouds.